Share this page
The Samian monasteries, monumental with harmonious proportions, where built in beautiful and evocative sites, witness for the deep religious feeling of Samians but also the expanded cenobitic monastic tradition of Samos. 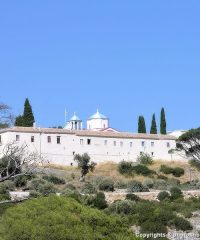 founded in 1756 by the monk Dorotheus.
Monasteries 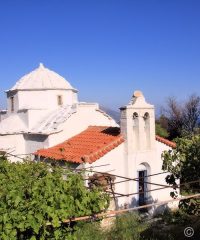 founded before 1677, by the monk Akakios
Monasteries

Metochi of Agios Georgios at Marathokampos (Greek Άγιος Γεώργιος Μαραθοκάμπου = Saint George at Marathokampos) was founded before 1677, by the monk Akakios who came from the monastery of Evangelist John the Theologian in Patmos.

founded in 1823 by unknown monks
Monasteries 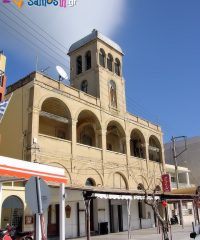 was founded in 1901
Monasteries

The Catholic monastery Assumption of Mary, or Fragoklisias (=Franks church), as the locals call, was founded in 1901 by the Sisters of St. Joseph,. The church belongs to Catholic Archdiocese of Naxos & Tinos, but the rest building of the… 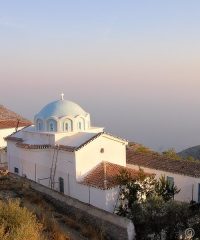 The small monastery of Evaggelistrias Pagonda was founded in 1954 by Archimandrite Ioanni Papandoniou (from Koumeika) , while the church was built earlier ιν 1941 on the foundations of an ancient church that was there. 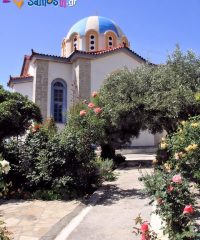 The monastery of Kimisis Theotokou (Greek Κοίμησις της Θεοτόκου = The Assumption of the Virgin Mary), was founded in early 19th century by monks group of Mount Athos. 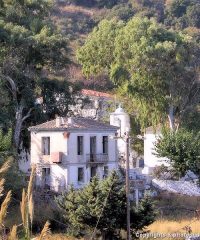 Metochi Zoodochou Pigis Kotsika was founded in 1730 (or 1735), by the monk Azaria from New Ephesus, and belongs to the Samian Monastery “Panagia Vrontiani” in Vourliotes village.

By using samosin.gr you agree to our use of cookies to enhance your experience : read our privacy